Enough has been said about finding free sex in Hong Kong, Paying for sex in Hong Kong and the like. If you have read all my posts there is a 3rd group that I talk about. The escort agencies. Lets address one question. What is the difference between a prostitute and an escort? For some, there is absolutely no difference whatsoever. For some it is the difference in status of the person. Technically, it is very clear who a prostitute or Hooker (as lot of us call it) is but an Escort does not always mean escort for sex.

Here’s a definition: An escort is not paid to have sex but is paid for their time. What they do within their time is their business, which could in fact be sex. For legal reasons, escort is used to describe the actions and services she or he does for a negotiated price. Usually higher in price than a hooker, streetwalker or a lady of the night!

A call girl or female escort is a sex worker who unlike a street walker does not display her profession to the general public and does not usually work in an establishment like a brothel. However, an escort may be employed by an escort agency unless she works on her own as an Independent Escort. The client must make an appointment with the escort. Escorts or Call girls usually advertise their services on classified websites. Or they work for an escort agency and she has to pay the escort agency quite a large portion of earnings which is usually between 40% (if the agency is very kind) and 60% (which is more likely the case). So who makes the money there?

If you have read the post regarding the legality of prostitution in Hong Kong, you might think this is illegal! i.e. organized prostitution is not permitted. Is this prostitution? None of the Escort agencies in Hong Kong publish what the individual ladies do in terms of sexual services. There was one escort agency that clearly said whatever the shit happens between the escort and the client is consensual. Nice! So lets say you hire an escort from an agency hoping to have sex and find that she has her periods! Nah! most unlikely that would happen as it is understood why you want an escort for!

Well… how about costs? Lets talk $2500 to $3000 (Hong Kong) as starting price! I mean for an hour! Of course if you make it few hours you are going to get discount. None of the escort sites seem to mention price in Hong Kong. There is a great possibility that most Escort agencies are run offshore meaning they are not based locally in Hong Kong. Although they may have a local phone number diverted to god knows where.

Some have an an email address for the sake of having one. Some I emailed, never responded. Some responded after about 2 months! Some would communicate back to you on whatsapp. Well, if you hire from one agency for the same of checking them out, you pretty much checked out every one of them. They are all the same.

In the case of Hong Kong, most escorts are touring escorts. Hence they will only be there for 2 weeks or sometimes for a couple of months (and the maximum would be 3 months). Hence they will appear on the website and disappear! Most likely they will appear and disappear physically but continue to stay alive on the website. But all that you will be get when you pick a specific escort is “she is away at the moment” hmmmm….. In some cases, the escorts are booked for a longer period of time at special rates.

Are the images natural. Absolutely not! They are usually photoshoped to glory! Most unlikely that you will find a natural image of an escort who incidentally are also called models! So be ready for a big fat surprise when the escort walks in through your door! How it works is you contact the agency through phone or email or what ever method and then agree on the fee. You have to give your hotel name, room number and name. In some cases they will ask for a local phone number or they will want to contact through the hotel. So forget it if you are staying in a backpacker hostel. The escort would come to your room at the agreed time and you pay the agreed fee and do what you need to do and then she goes.

Are the girls actually allowed into the hotel room? The answer is yes. Unless you are staying in a cheap shit joint, a visitor is allowed into the room. Technically, there are so called visiting hours. Which means, the guest should leave the hotel before that. This is not a hospital and no one goes round checking. However, if you have an orgy for the entire floor to hear it may be a different story! You may have noticed in some hotels when you come in late at night, there is a small desk with a sign that says, visitor registration. Technically you have to register a visitor who comes in after the visiting hours end.

It is also important that you take care of your personal belongings at all times so I would recommend you keep necessary cash out and lock the rest of your valuables in the hotel safe. ur…. sorry… I am not going tell you what to do if you call the escort from a backpacker hostel. Bellow are some of the agencies I checked out. I only checked them out and had brief conversation but not actually hired from them.

Platinummodels.net
The agency has Asian models from countries such as Malaysia, China, Singapore, Japan, Vietnam, Korea and Western Escorts from countries such as Ireland, Finland, Sweden, France, Venezuela, Argentina, Denmark. Well they call anyone outside of Asia, Western! On the same page there is a link called ‘Employment’. Which also means that one could work for them. Not really but make them your agent.

platinumhongkongescort.com
Very similar to the previous agency I checked out. Has a classification of ‘Western’ and ‘Asian’. Asian meaning Korea, Vietnam, Mongolia, Thailand ect. and Western meaning rest of the world! Photos, very much the same – photoshoped, color corrected and all that. Images both lingerie and topless.

delightgirls.com
Delight Girls as you can bet on it is very much the same as the previous two sites. However, there is a slight difference. As the other sites there is Western and Asian on the menu. One of the model’s profile reads as “A true lady in public very fit and health conscious, she is a successful Latvian model, stunning looking, highly refined, and very, very passionate. Her high levels of passion are the reason she enjoys her secret second life, and makes herself available for the right clientele. She is extremely warm and friendly, a truly lovely person …“. There is also an Independent section where at the moment there are only 3 ads. Yes, when I say Ads it appears to me that the models actually pay the agency for their ads. One of the profiles read as “Hi, I’m Adela from Sweden, Student come to Hong Kong to have fun I’m young, very positive, passionate and tender providing a non-rushed Girlfriend Experience (GFE), love to have …“. The profile also states “When call the secretary please request Adela from Sweden thanks “

hktopmodels.com
Not any different to the other sites. Again Western and Asian on the menu. They do have a bunch of exchange banners referring to other sites and whole heap of unrelated text for search engines to go absolutely crazy!

Whatever sites I look at, for example: ecretescorthongkong.com, hk-glamourgirls.com, hongkongmassageandmore.com (has two girls kissing on the front page) are pretty much the same.

So now you know what this esteemed category of ‘Escorts’ and the so called escort agencies do. A general observation is that Escorts are bit better mannered and lady like (of course they get paid the shits). In a lot of cases, you will find that escorts actually are hired for dinner dates ect. Do you know or remember a movie called ‘Pretty Women’ with Julia Roberts playing the part of a prostitute (a prostitute more than an escort) ? Edward (Richard Gere) found this prostitute and wanted her to be an escort who he kind of fell in love with. She behaves like a prostitute and had to adjust to the slightly higher life of an escort and accompany Edward for a dinner with a business associate! Not really the official version of the movie but how we see it! 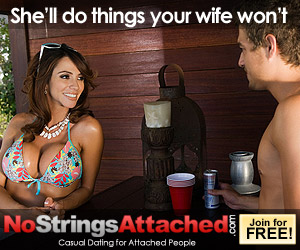