Bangkok, Thailand – The land of Smiles, The Land of Girls, Land of Temples, the capital of Thailand…. are just some of the references. It thrives on Tourism and sex tourism should be mentioned as well.

Bangkok is the capital and most populous city of Thailand. It is known in Thai as Krung Thep Maha Nakhon or simply Krung Thep. Bangkok occupies is 1,568.7 square kilometres land in Thailand. The famous Chao Phraya River runs through Bangkok. Bangkok has a population of over eight million, in other words just over 12 percent of Thailand’s population. Over fourteen million people live within the surrounding Bangkok Metropolitan Region during the 2010 census.

Bangkok was a small trading post during the Ayutthaya Kingdom in the 15th century and eventually grew to become the site of two capital cities. (1) Thonburi in 1768 and (2) Rattanakosin in 1782. Bangkok was at the heart of the modernization of Siam, later renamed Thailand, during the late-19th century, as the country faced pressures from the West. The city was at the centre of Thailand’s political struggles throughout the 20th century, as the country abolished monarchy and moved towards a constitutional rule. Thailand underwent numerous coups and several uprisings. The city grew rapidly during the 1960s through the 1980s and now significant impact on Thailand’s politics, economy, education, media and modern society.

The Asian investment boom in the 1980s to 1990s led many multinationals to locate their regional headquarters in Bangkok. Bangkok is an international hub for transport and health care, and has emerged as a centre for Entertainment, arts and fashion. The Grand Palace and Buddhist temples including Wat Arun and Wat Pho stand in contrast with other tourist attractions such as the nightlife scenes of Khaosan Road. The city is known for its street life and cultural landmarks, as well as its red-light districts. Bangkok is among the world’s top tourist destinations, and has been named the world’s most visited city.

Bangkok’s rapid growth and very little urban planning has resulted in a haphazard cityscape and inadequate infrastructure. An inadequate road network, despite an extensive expressway network, together with substantial private car usage, have led to chronic and crippling traffic congestion, which caused severe air pollution in the 1990s. The city has since turned to public transport. Rapid transit lines are in operation, with more systems under construction or planned by the national government and the Bangkok Metropolitan Administration.

Bangkok’s nightlife is the most amazing. Bangkok is also known as the Sex capital of Asia! Bangkok had a reputation in the past for having an element of rowdiness. Besides being the capital of Thailand, Bangkok has been recently reported as having a historic drop in its crime rate. Bangkok’s crime fighting program will eventually be adopted by the rest of the country. Hence now, Bangkok is also considered one of the safest for Tourists.

Even on weekdays, Bangkok’s nightlife takes place in the Red Light Districts of Soi Cowboy and Nana Plaza. Khaosan Road is another popular nightlife spot expats and tourists and usually full of young backpackers roaming the streets.

A famous song by Murray Head – One Night in Bangkok refers to Bangkok night life in many ways – “One night in Bangkok can make a hard man humble”, “One night in Bangkok and the world’s your oyster, The bars are temples but the pearls ain’t free”, “You’ll find a god in every golden cloister, And if you’re lucky then the god’s a she I can feel an angel sliding up to me”   Bangkok is also known for their massage parlours and the only country that is said to have Blow Job Bars!

Prostitution has been common in Thailand for centuries. During the Ayutthaya Kingdom (1351–1767), prostitution was legal and taxed, and the state even ran brothels. However, since about 1960, prostitution in Thailand has been illegal. But still said to bring over $6 billion a year in revenue. Prostitutes can be found in the 100s. Not just a few here and there. When I say 100s, it latterly is in the 100s.

So get ready for the ride of your life with a tour of Asia’s Sex Capital with more tours planned for the year!

One thought on “Bangkok” 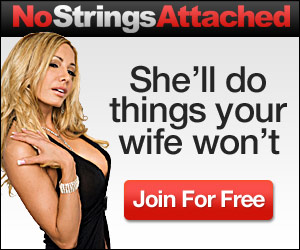